GET OUT OF DEBT TODAY

Turn your debts data into a supercharged payoff plan 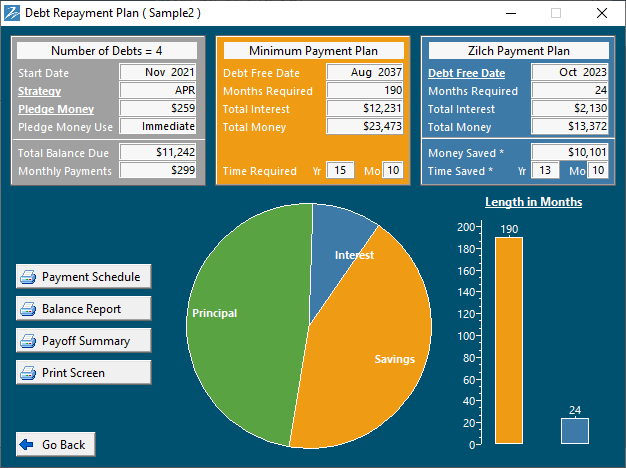 In the Summer of 1986 a friend of mine showed me a magazine article on "How to quickly pay off debts". He knew I had a computer (Tandy 1000 SX) and asked me to help him build a payment plan just like the one described in the magazine. I used a spreadsheet program to calculate how to pay off all twenty-one of his debts. It took over 5 hours to manually figure it out. I remember thinking this was a good idea but not worth that much time.

So, I spent the next three months designing a computer program that would duplicate the results obtained with the manual spreadsheet method. The program was very crude but it worked. At this point it didn't have a name I just referred to it as the "payoff program".

I showed this program to a few friends and they weren't very impressed. So, I copied it to a floppy disk and tossed it in a drawer. It sat there for about 3 years until one day I was looking for a programming project. I decided to create a more sophisticated version of that old "payoff program". My hope was I could sell it to people who needed help getting out of debt.

I spent an entire year of evenings and weekends creating the first retail version of that program. In 1990, I began marketing my software known as "Zilch" through various shareware vendors. Other well-known shareware authors told me not to expect any sales for at least six months to a year. Imagine my surprise when two months later I received my first order from Gifford Wherry of Kennewick, WA. I haven't looked back since.

Here's an screen shot of the original DOS version of Zilch 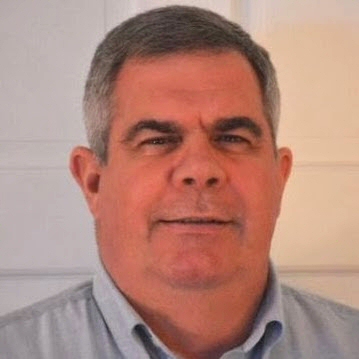 Since 1991 I've been helping people just like you change their lives one debt at a time. Debt is a really difficult topic to talk about. Just the mention or thought of debt can stir up all kinds of emmotions and weird thoughts.

First things first. If you are looking for a quick fix that simply makes all your debts go away... stop. Just stop looking. There isn't one.

There are tons of scams going on out there. People in debt are vulnerable and scam artists know this. They are constantly trying to sell you a magic wand that simply makes your debt go away. A magic wand that does'nt exist. Check out the FTC's website and see for yourself what scams are out there. (FTC Debt Scams)

After being trapped by the vultures in the credit card industry, I followed your advice and have started to make progress paying off my debts. I never knew about the ways these vicious companies keep a consumer paying for years and years. You have really opened my eyes to this problem.

I have followed your advice for 15 months. My minimums are so low its shocking but I keep making the amount I set up. It is almost laughable at how easy it is to get this paid off but without your help, I never would have been able to do this. Thanks again Mike. Keep doing what you're doing. And I hope you get rich and famous and live a fantastic life.

Today is the day I get out of debt! (Motivational Video)

How 81-Year-Old Betty Fought Back Against the Debt Sharks

Microsoft Defender Won't Let Me Install Your Software. What do I do?

Michael, your software is absolutely brilliant! Every other debt reduction package I have seen (and I've seen a lot of them) is rubbish. Not worth the time. You are not charging folks nearly enough money. It's worth ten times what you sell it for.

We believe you can get out of debt by yourself. All you need is a little help setting up a payment plan.